Look at this instruction manual! I just bought this rototiller – you pretty much need an architectural design degree to read this thing. I need to put the machine together. How can I possibly follow instructions when they are so difficult!
You’re frustrated so you try to go it alone and just figure it out putting things together. And your creation doesn’t work the way it should – you followed your own set of directions because they were comfortable to you and look where you ended up.
Today we continue our series on Noah’s Ark as we discuss how even as God gives very clear instructions…obedience is hard.

When we read through Genesis chapter 7 together there was a phrase that makes a dramatic point. “And Noah did all that the Lord commanded Him.” That’s a pretty amazing phrase and I want you to get a good grasp on the level of obedience here. So to do that we need to go through the things that God is asking Noah to do. And for each one of these commands we are going to list a reason why this instruction manual from God had to have made no sense to Noah.

God tells Noah build the ark – remember for a second this guy is 600 years old.
God tells Noah to take his family and go on the ark – think for a moment the persuasion that had to take place to get his sons and their wives to agree to this?
God says, “Take with you seven pairs of every kind of clean animal, and one pair of every kind of unclean animal, and also seven pairs of every kind of bird to keep their various kinds alive throughout the earth.”
Never mind the fact that Noah would have to figure out which ones were clean/unclean/male/female – get them to come to the boat – and find a way to take care of all of them without being eaten.

And those are just the things that are written very clearly. But ancillary to those instructions are the deeds that those instructions caused. Noah has to build this boat and tell everybody why he’s building it. For Noah to be obedient he had to be in a position to look crazy to friends and family.

“And Noah did all that the Lord commanded Him.” Noah must have been an incredible perfect guy right? Think again. How did Noah achieve this level of obedience? It wasn’t him.

As you look at this chapter it’s very interesting to see what name for God is used. Every time God talks about his actions during the flood uses the Word Elohim meaning creating powerful God. But when he gives instructions to Noah it switches. And the Lord told Noah. Yahweh – the merciful covenant God of love who is sending a Savior. Noah received faith and forgiveness from God that created an obedient heart. Noah didn’t always get it but Hebrews 11 tells us why he obeyed and built the ark. – By faith Noah, when warned about things not yet seen, in holy fear built an ark to save his family. 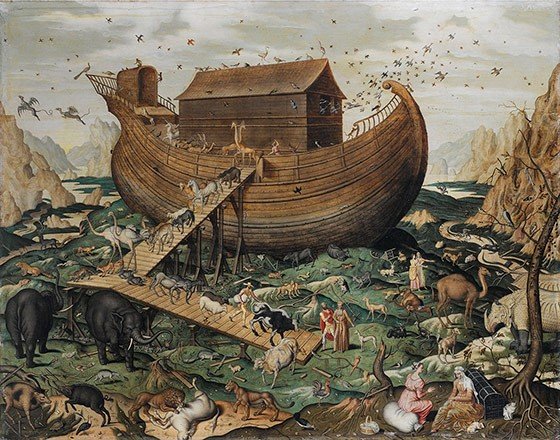 In other words God knew that Noah would have trouble following the instructions – he knew he was asking a monumental task of an imperfect human being. So God became the loving Parent who explained instructions over and over again saying I know it doesn’t make sense Noah but trust me – I’ve got you you’ll be safe in here. That promise creates a believer who listens.

As you put this image of Noah building a giant boat into your mind you can see his doubts.

The same feelings go through our minds when God demands obedience of us. Noah’s culture made obedience difficult he’s literally standing alone. You ever feel like that? High school kids college kids – you’re the one young person who keeps a fortress of God’s Word around your heart as immorality tempts all young people. Not easy to be the one high school or college kid who says no I’m not married to you – I can’t.

Seriously think through the things that God asks of you in this life. The honest truth is that every single one of them puts you in a difficult position as far as culture around you is concerned. Sacrifice earthly riches to build something eternal for God’s kingdom? Go to worship when far less than 50 percent of the people around you do that on Sundays?

As Christians we often talk about being that light shining in a dark place – what they don’t always tell you is how much power, energy, and pain it takes to keep that light shining when it rains on you, is windy, and darkness closes in. It’s hard to be obedient to God when Disobedience is easier and more fun.

We feel pressure when we do the right things so often that we crumble under the weight of obedience.

So when you hear this shocking phrase “Noah did everything the Lord commanded Him” remember the name that made that all possible. It wasn’t Noah at all. It was Yaweh. The loving promise God also known as Jesus Christ the righteous one. See you may be crushed under the weight of trying to be light and trying to be obedient in a dark world – but Jesus Christ the one promised to Noah was not. He was perfect every step of the way. When God said die for them he said ok – when God said drink this cup he drank it – when he was tempted to follow the world he was obedient to the commands of his heavenly father so that you could look obedient when you weren’t.
So that you could be brought up from your lowly state in sin just like Noah to the perfect standard that God sets for today and for heaven eternal. Only Jesus God’s perfect Obedient Son has done that for you.

As I read Genesis 6 and 7 it’s interesting to try to imagine what it would have been like for Noah. Do you think as he’s installing the beams of the ark he ever wanted to say this is foolish I quit? How’d he get passed that? By going back to the love, promise, and instructions that God gave.

You too though you are forgiven and loved by God sometimes are going to ask that question in your life – am I standing up for the right things? Is this church things really worth it – How can I live obediently to God when it’s hard and not very much fun.

Find your strength for obedience by going back to the one who was perfectly obedient.

When you see the obedience of Christ to save Noah and to save his people you find salvation but also you find motivation to live a life of faithfulness to your God.

Without Christ without the promise this book is just a book of laws and rules that aren’t fun. But because you are motivated by faith in the promise…your obedience changes. Now it’s a fun and exciting thing – a thankful thing – to be always obedient to Him. AMEN 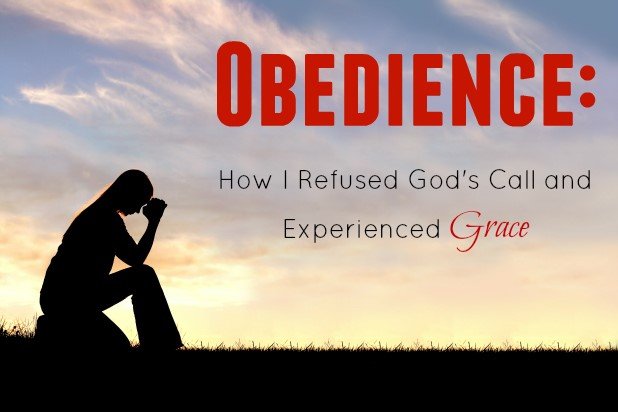