The old station wagon car pulls out of the drive way. The kids in the back seat are buzzing – for years they have watched the ball drop on TV. They always loved watching Ryan Seacrest and now they are hoping to see him in person. The kids joke in the back seat, “hey maybe this year Mariah Carey’s microphone will break again.”. Dad says you know what I’m excited for kids – I hear that Green Day was going to be playing at the New Year’s celebration. Kids say, “seriously dad who’s that band?” Dad keeps on driving down the road. They need to get their soon because it is almost New Year’s Eve. 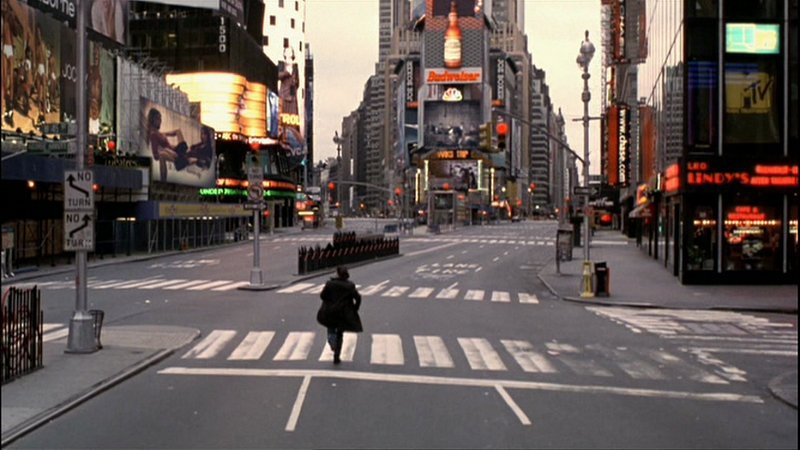 The family arrives in New York City. The kids put on their party hats practicing their countdowns in the car. This is going to be great! Except that when they drive in the car gets all the way to time square. “Where’s all the people dad?” Dad continues to drive around the city. The ball is there bright and shining. All the stages are set up but there is nobody there to watch. The family stands there and watches the ball drop all alone. It’s a weird experience. How could it be that everyone would miss such a party that this family was waiting for? It didn’t make sense.

It didn’t make sense in Israel either. That family…you could exchange their story for the wise men.

The magi from the east show up in the city of Jerusalem and they are expecting a huge parade. They took a trip across the world expecting to see parties and a coronation ceremony. They show up at the place where you would expect a king to be crowned and ask King Herod, “where is the one who has been born king of the Jews?” And they hear crickets.

You know…the one who was prophesied…the king of the Jews…the Messiah…the Christ? Herod didn’t know so “He was disturbed and all Jerusalem with him. They were afraid of a revolution and so he called all the people’s priests and scribes and asked them where the Messiah was to be born. “In Bethlehem in Judea.”

Herod tells the wise men to go and investigate and report back. Really all he wants to do is kill the child as a political threat. So the wise men leave – they follow the star and on coming to the place where the child was they were overjoyed and they present him with lavish gifts.

That’s the true story. But let me recap for you the difference in how these people react to the knowledge that Jesus was born. The wise men go to great lengths to be excited. They buy gifts. They travel. They seek him out.

Herod? He simply is terrified and wants to kill him. But the worst has to be the priests of the Jews.

Can you imagine if I was sitting in here on Christmas Eve planning out a church movie night and you came to worship and no one was here and said hey are we celebrating the birth of Jesus? And I said, “What are you talking about?”

These pastors literally quoted the verses and didn’t follow the wise men to Bethlehem! “Oh he’s born? The king prophesied for thousands of years? Oh well.” The whole city of Jerusalem hears about this and none of them go to see him. How is it that foreigners knew better and were more excited than the people who could quote the prophesy in the church? It doesn’t make sense.

And it doesn’t make sense for us either. Can you imagine being a member of a Christian church and saying you know what I’m not thinking about Jesus’s birth at Christmas – I gotta go on vacation my kids are off. Crazy I know…it happened this year to more than a few of us.

Can you imagine a world where everybody says Merry Christmas and puts the star on top of the tree but didn’t remember who was born under it?

How is it possible that the verses that used to be easy where our kids could recite and sing on Christmas Eve glory to God in the highest and now we have to have 40 year old dudes come up and do it because “well pastor kids can’t memorize like they used to they don’t like it they’re scared?” What!? How can we not get our children excited about this party?

See friends this week we celebrate Epiphany it’s also known as the gentile Christmas. It’s the day that the wise men show up when the Jews in the church all forgot. Very often you and I are spiritually like those people in Jerusalem. God’s got this big shining star of love and forgiveness and we ho hum our way through church – we become lazy Lutherans who don’t listen– we are the ones that hold the Bible in our hands yet can’t tell you where the words about Jesus are.

But our Savior Jesus did not come to be noticed. He did not come for your parade. In fact he knew that Pastor Kirschbaum wouldn’t be there to roll out the red carpet. He came to Bethlehem a back water town. A ruler from seemingly nothing. To show us how grace would be given in the most humble of ways. See Jesus had the parade in heaven. He gave it up when he came here so that you could have the very ceremony that Jerusalem should have gave him. He gave up the crown so that when you stand before God – your coronation ceremony would begin and God would say rule with me because my humble son gave you this gift. When people think of the wise men everybody wants to think about the star and that’s fine it’s in the Bible – but the star that we really want to notice the one we want to follow and get excited about is Jesus because his star is the one that leads us out of this world and into heaven.

But that star – the birth of our Savior isn’t just something we want to notice. This is a star we want to share.Let me tell you a really cool modern wise men story. A couple of weeks ago Spirit of Life went out Christmas Caroling in the neighborhood – we visited over 200 hundred homes. Our membership was represented really well people volunteered and I think we all had a great time.

But here’s what was interesting to me. Along with the groups of people we had around 12 visitors to our church come and sing with us. People who weren’t invested here. Why did they want to come sing? We had a little boy who isn’t a member of our congregation take one of our Christmas invites and walk into subway and handed it to the guy at the counter. Why would guests do that? It’s not theirs right?

Here’s why…people who find out about really good news are excited to share it right away.

Friends you are no different than that. These wise men see God’s star and they are pumped up – it says “they were excited to worship him”. Don’t ever lose that heart to see Jesus that heart to know Jesus that heart to share Jesus. And even when you do remember the Savior who shined for you anyway. Don’t let this celebration each week here at SOLL have one empty seat – the party of forgiveness and grace that’s going to be here and in heaven no matter what. AMEN 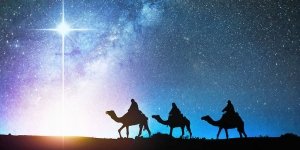