Time and again you will see movies adopt this motif – star goes through a terrible crisis – star finds solution – a new hope is found. Take a look at the list (star wars a New hope – Mighty Ducks – Avengers end game mayyyybe we don’t know what happens yet) Every time we see a hero go through a struggle and come out shining on the other side – Those stories give us hope for better days. 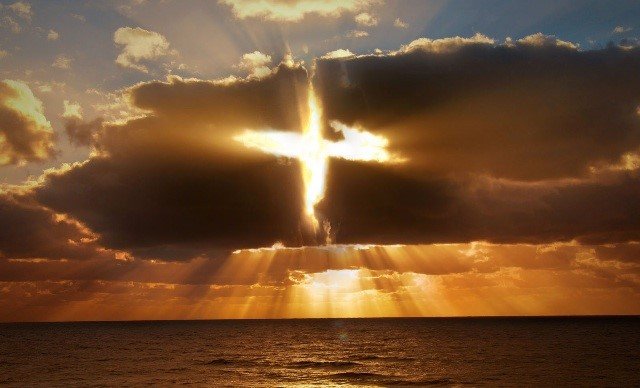 Easter is the golden standard for a story that talks about victory snatched from the jaws of defeat. But its better because its actually true. On Easter a new day Dawns for you.

The women in Luke 24 watched Jesus walk the streets of Jerusalem with a cross on his back – they see him die Do these pictures honestly look like there is any hope? Its cold, its stone permanent, and shut forever. That’s a lot of hopelessness for these women.

Their biggest problem though? It’s the days they would all remember. They remember especially at the end how the disciples messed up. How Peter denied him – how many of them didn’t do anything to try to stop what was happening. Living with the guilt of those mistakes was a burden too difficult to carry.

They are walking down the road and they look from a distance. Mary – why…is the stone rolled away? They quicken their pace. Joanna why would someone open the tomb – did someone take him? Let’s hurry up and get there and they are shocked two angels appear before them. Why do you look for the living among the dead? They had forgotten why Jesus came. 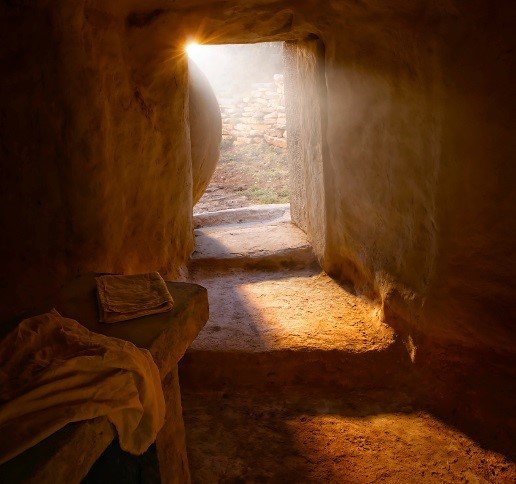 He is not here – he has risen. They are still grieving. Is this some cruel joke? First we failed him and now we can’t even grieve and care for his body.
The angel says, “the son of man must be crucified and on the third day be raised again” “Then they remembered His Words”. Victory was snatched from the Jaws of defeat. Life came from death. A New Day Dawns for them and their guilt was gone.

My friends does life look like this for you? Closed to hope the way the women felt? You want to do something anything to fix your problems but nothing makes the bad feelings go away?
You’re the parent who tries to teach their child and for whatever reason nobody listens.

You’re the spouse who messed up and didn’t love their family the way they should so they are leaving…
You made a bad decision at work that caused you to lose your job.

You’re the family member who lost a loved one and you stare at the grave saying I wish I did this differently. Whatever your situation you carry guilt wishing that things would have turned out differently just like these women.

I can ask the same question the angels asked these ladies – why do you look for the living among the dead? See we have what we call a perception problem. Where you forget what God has done for you and you lose hope in dark days. You zero in on your troubles and the things you have messed up and you can only think of yourself and fall deeper into pain. In Bible words it’s called sin – it’s a wall that separates you from seeing the goodness of God – a divide that says God isn’t good and life is terrible and there is nothing but your problems no light or hope. Everything is ruined and wrecked. Why do you look for living among the dead? Why do you continue to stare at problems and sin living like there is no way out?

Then they remembered his words…you remember them too. He is Risen! That tomb is not shut. Jesus walked out of that tomb. He destroyed your sin – because when he walked out he left it there.
A new day has come where there is nothing in this world that can take away the heaven that is instore for you. Why do you look for the living among the dead the angels said? Friends I can say the same for you –Why keep losing faith and trust when Jesus is risen! His battle ended there. Death was overcome
Alleluia and amen Jesus is alive and with him is your hope for something better – Heaven and love of God snatched from the Jaws of defeat. When everything looks bleak for you and you feel like you have messed it all up see that his resurrection this day means that Jesus changed everything. You go from death to life – from guilty to not guilty – from hell to heaven – from hopeless to hope filled.

In the lesson that I read for you there is a pretty big pivot point. You can almost see the dawn coming out of the darkness. And it really all centers on this section. When they ladies heard that Jesus was alive “they remembered his words” They remembered how he loved them.

See I think it’s pretty clear from God’s Word what Jesus has done. He walks out of a tomb – a dead guy came back to life. We hear that message. But I think sometimes it’s hard to live that fact. It’s hard sometimes when the world is so hopeless to pivot to a hope filled existence. Sometimes we just get so used to messing up that we don’t know how to get better.

Let me give you an example. Let’s say for a moment that you have a friend that lives in a house that is very messy. Doors are falling off hinges, roof is leaking, bugs everywhere. They’ve been living in that for 20 years. You come in the house and they just sitting there acting like nothing is going on. You are appalled you are concerned for them. They sit in their recliner even though the spring is poking out not even noticing. Why do they not notice? They are stuck. All they’ve seen is bad and so they accept that as their normal. Hard to change that.

Maybe even after hearing the true Easter story you are still like that person sitting in the beat up house. How do you get out of that rut of sin and brokenness?

By seeing the reality of a new day. When we came in here today and said Christ is Risen he is Risen indeed your eternity changed. In Jesus you gained a heavenly mansion. So now see how that changes your today. You do not live in guilt, shame any longer. There is a bright Son shining on every day of your life and I don’t mean the one outside Amen? There is God who triumphed over everything triumphing over your problems big and small amen? There is Jesus Christ standing here in flesh and blood saying because sin and death didn’t beat me…they won’t beat you either. Amen? No guilt in life no fear in death this is the power of Christ in me from life’s first cry to final breathe Jesus commands my destine no power of hell no scheme of man can ever pluck me from his hand – he will return to call me home until then here in the power of the resurrected Christ I stand. Jesus changed everything for the women at the tomb.

The resurrection on Easter means that you’re everything has been changed too. Live in that change. Don’t look for the living among the dead – don’t be stuck in sadness in death. Rejoice that eternal life is yours.