It’s sort of a joke in Lutheran Pastor Circles. If any of us get called up for jury duty we will never make it past selection. Here’s why – all we have to say is that we are pastors in a really conservative church body and its assured that we won’t be selected. Because folks are generally afraid that we’ll simply throw the book at the guy who is on trial no matter what. When you discipline folks…people usually view that in a one sided direction. 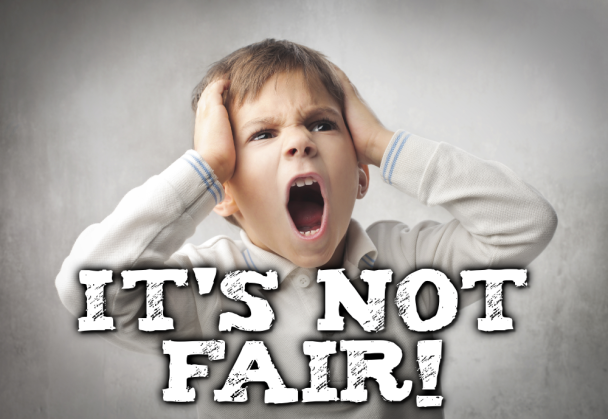 When you are disciplining a child…what do they usually think of you? Daddy is mean right? They don’t say that when you are buying ice cream. The cooler parent is the less strict one.
At Spirit of Life over the next few weeks we are going to be learning about God through the lens of Noah’s Ark. So today from Genesis 6 we want to get a handle on this basic question is God really fair?

To understand Genesis 6 we really have to take journey back to Genesis 1. In the beginning God created…and every time he did he said – God saw that it was good…good…good and finally very good perfect.
When we arrive at Genesis 6 God describes his world not with the word good…but now…

9 times in ten verses God says that the world is wrecked and that he has to put an end to it. Seemingly one sided right? Look at how thorough God is in his explanation of what he would do – I am going to bring floodwaters on the earth to destroy all life under the heavens, every creature that has the breath of life in it. Everything on earth will perish.

He doesn’t just say I’ll pull a Thanos – snap they’re gone – merciful death. He describes in detail the annihilation of the evil in the world. He tells Noah that all these people and creatures will drown! That’s not a comfortable way to die – you see it coming – it burns – you are incapable of stopping it. Is that fair? That God would kill them all and kill them in such an alarming way simply because they messed up? 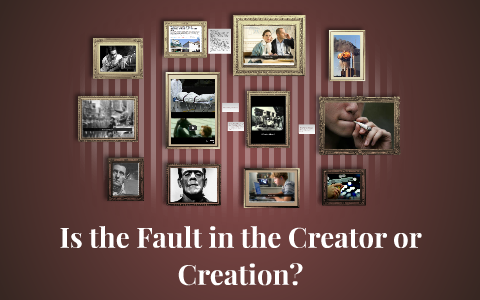 That question really comes about only because people fault creator rather than the created.
People who seek to accuse God of injustice here really lean on two different approaches to handle the story of the flood. They either make it so that this flood is a cute story that didn’t really happen. Or they simply fall into the trap of seeing this whole account through the wrong lens. People only look at the justice of God without seeing the real reason for the story.

As much as God was just – his justice was not without mercy. God credits rightness to Noah – puts faith into his heart.
God comes to Noah with a promise – to build a giant boat 450ft long 45ft high 14,000 tons! That’s not an accident. God was careful. He saves 2 of every kind of animal.
See in the waters of the flood yes you could see destruction. But see the rationale behind the waters of the flood. To wash away evil. God did not want his world to be ruined and the line of the Savior through Noah to be lost. The same God who says I will destroy also says I will keep my covenant. Think about that – that God would place himself under an obligation to a sinful human being to save them…is God fair – yes justice carried out in order to be merciful in the end.

The question – is God fair really is at the crux of human existence right. Most people don’t struggle to know that a god exists – we naturally see and know that. But people really do have a struggle with God’s justice…when he hates sin.

And people have really interesting ways of dealing with that. You remember Adam and Eve – pointing at each other…don’t be unfair with me God I didn’t do it he did or she did.

Some will say he just isn’t fair so they won’t worship him. I don’t want a God who acts this way they will say.

Satan takes God’s justice (which is a good thing) and twists it so that we get totally offended when God says that he doesn’t like something about our lives. So then we blame his messengers…think how crazy everybody looked at Noah – we stay away from his word because it reminds us when we are wrong – and maybe we justify and simply make stuff up to make our sins look better.

The soul who sins is the one who will die. God is perfect – his right to do as he will.

In the flood you see a God who does not hate people but loves them. And true love carries out discipline and protection. God is fair because he had to enact the flood and Noah’s rescue in order to carry out his greatest justice and mercy. Justice for sin carried out upon his son on the cross the water of life Jesus Christ. God in order to be the fair God he is had to punish sin. But he also needs to be merciful. So the punishment was taken off of Noah – taken off of you. The Ark the ultimate mercy to a sinful man becomes a foreshadowing to the Ark that rescues you from divine judgement – Jesus’s death and resurrection that drowns out your sin and combativeness to your God. For you he’s no longer an unfair judge but a loving Father who is always fair and merciful. 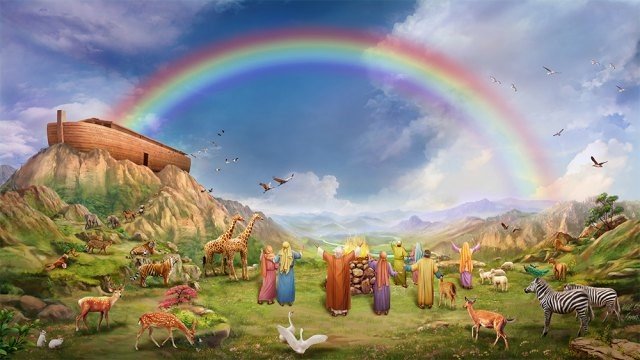 It’s very interesting to try to look at this section of Scripture from two different ways. Without the eyes of faith – what do you see? An angry God who wants to kill everybody. That’s what our sin wants us to think of God. To make us see him as unfair enemy.

But when faith and forgiveness is worked into our heart? Look at how drastically different the story is…God’s not unfair but he’s loving and merciful.

God has given you those eyes of faith and forgiveness. So the floods that you go through though they are different than the flood are perceived through that lens. Now your difficulties are not coming from an unfair God but a loving Father who disciplines. In forgiveness you know that you possess the greatest life boat ever made.

The next time you are tempted to think God is unjust and unfair…take a step back remember the cross and ask a different question how do I see his love and fairness in the storm? The answer is only by looking at how he rescues. AMEN