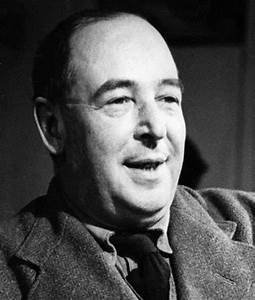 C.S. Lewis, world famous author, said that in prayer God offers to His people the, “dignity of causality”. That’s a really big way of saying in prayer God gives his people power that actually affects events in this world. That’s a pretty profound statement. Why would the almighty God allow our prayers to have an effect? Maybe we can illustrate it this way. Why do you like it when your children ask for things in a good way? It’s a statement of trust to ask a parent for something really important expecting that they can help you. So a Christian, God’s child, asks the Father for things, and it’s a demonstration of what they have been taught to ask for. James is pretty blunt. He said you should pray! Because it’s needed and because it’s effective.

Did you ever have an issue at work and you asked yourself – is this issue worth talking to my boss about?

The people James is writing to were evidently struggling with the same sort of questions when it came to God. What sort of things does God want to hear from us?

So God’s Word gave those early Christians some clear reasons why prayer is needed. He writes is anybody in trouble? Then prayer is needed. Has someone sinned? Then pray for forgiveness and they will receive it. Do people have needs of possessions, forgiveness, love, and knowledge? Absolutely! So you need to pray. Even the one need that is mentioned in the lesson sickness – as much as James attaches an ancient medicinal opportunity to it (putting oil on the sick person) prayer was still a part of that equation along with the doctor’s earthly solution.

In these verses from James – God lists a need and pairs it with an answer through prayer. He’s saying there’s a whole lot of stuff that you need to be asking your loving father about. You might think he doesn’t care when you’re sick – you might think that he is too big and grand to care when you make a mistake. But God’s ears promise to and want to listen. Prayer is needed so that the Christian can show faith during difficult circumstances. 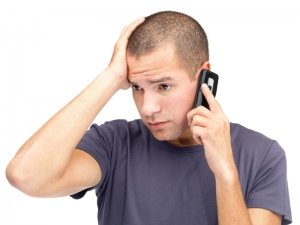 I want you to imagine a 23 year old young man. This particular 23 year old young man has spent the last 10 years of his life explaining why his father or mother was wrong and how they really don’t know anything about the world. He’s smart and he likes to do things on his own. Many times that works out. But this time – he’s ruined something. He tried to fix some plumbing and boy he messed things up bad. His first inclination is to call his Father. Two problems though – 1.) it would be an admission that the young man doesn’t know something. 2.) He doesn’t want his dad to make fun of him for messing something up that was so simple. So he doesn’t call and the problem festers and before you know it he has exploding pipes and has to remove some walls…better go call dad and of course dad says – you NEEDED to call me. Why didn’t you just ask?

You needed to call me – why didn’t you just ask? God is a loving Father who wants his children to call on him. But that requires an admission doesn’t it. An admission that we don’t know better.

James, God’s Word, is teaching people today about the “prayer of faith”. Someone who knows Jesus talking to their heavenly Father. And as you go down the list of things that he says, “yeah you need to pray about that” – people are often like the young man. It’s just a cold why should I talk to God about that…he’s got more important things to do. James says did you sin? Pray and God will forgive. And we’re like the young man with busted pipes and walls thinking wow I don’t want to talk to God about this mess up – it’s too big he can’t forgive it. I’ll look to every earthly method, doctors, books, my strength, my smarts to try to fix everything. Watch out friends pipes are going to break. Ultimately when we don’t talk to our loving Father it’s a sign that our trust in him is on shaky ground. A Christian who doesn’t pray is like a child who never talks to their parents. It shows that the relationship is falling apart.

Where it differs from that imperfect earthly relationship though – is this. God’s ear never stops listening. God’s desire to help never fades. God still blesses even when we don’t pray. God still is standing outside the door to the bedroom hearing you cry. Why is the prayer of a Christian powerful, needed, and effective? Because the perfect Son of God prayed perfectly for you saying Father forgive them they don’t know. The perfect Son of God stands between you and the Father and says I know that they don’t always talk to you my Father but Im praying for them so hear me when they cannot. Prayer exists not dependent upon your skill at it or dedication to it. But rather because of the one who made your relationship right with God Jesus Christ.

We’ve been explaining how important prayer is for spiritual things and physical things. But I want to focus on a couple verses at the end of our lesson. It holds up a Christian example of prayer. “Elijah was a human being. He prayed earnestly that I would not rain, and it did not rain. Again he prayed and the heavens gave rain and the earth produced crops.”

I have to wonder maybe James had to put this in his lesson because His people knew how to pray…they were just starting to believe that it didn’t do anything anymore because they kept getting beat up by this sinful world.

Let me give you my example. Part of my daily devotional life as a pastor is that I have a prayer journal. I try to write down particular things that are thanksgivings, asks, and then church mission prayers. Part of that journal is me trying to remember what to pray for. A bigger part though is being able to go back in it and say how did God answer it. I can tell you from personal experience that when I ask God for wisdom – something happens to give me that. When I ask him to heal a sickness he always answers yes no or wait. As I look back through my journal I can see God’s guiding hand.

That’s cute – it’s beautiful – maybe it’s something you try. But friends if you are feeling like your prayers do nothing, if you are becoming lax in your prayer life, if you are afraid to ask God for something the best place for you to go is right in your Bible. Page after page of stories where Christian people prayed and God did amazing things. Page after page of clear promises where God says ask me for forgiveness I will be faithful and forgive you. Open that book and look at all the stories of people who said God you told me to trust you – I do believe help me overcome my unbelief and God answered.

We have a lot of areas in our life where we need God to work faith and trust into our hearts. Prayer is needed. God promises you that it works. So maybe let’s say it as simply as James does…If you’re in trouble…pray…if you’re sick and hurting pray…if you are happy…pray. Talk to your Father how great it is that he’s always listening and working. AMEN