Did someone ever say something to you that shocked your ears? They call you on the phone and the words that come out of their mouths are so appalling you didn’t even know a human being could talk that way.
Sometimes the things that human beings say and do can be so unbelievable – and we think I would NEVER say something like that.

We’ve been traveling through Lent this year learning about words of the passion – words that come in sets of three. Tonight you hear the words of so called believers in the true God…TAKE HIM AWAY.

Before we get into these words though I need to flip your timeline around just a little bit. This Sunday you are going to come to church – what Sunday is it? Go ahead tell me. It’s Palm Sunday. And on Palm Sunday you hear some words that should have been expected. Hosanna to the coming king right –. That’s the response that the Jews should have said to Jesus and they did they laid palm branches at his feet and treated him like the king He truly is. 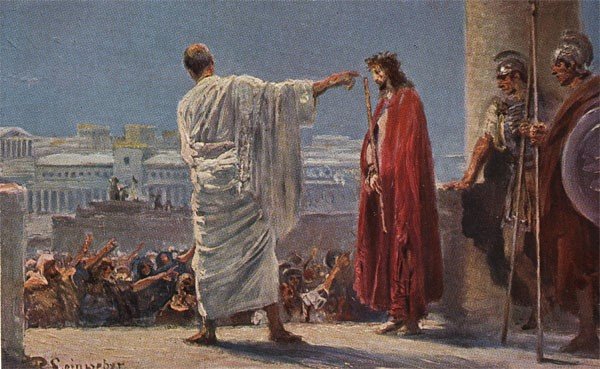 That backdrop makes the words before us today even more startling because the same voices who praised him – who knew exactly who Jesus was now find themselves in the scene of a trial. And in this situation we see some Jews do some unbelievable things.
They bring him before Pilate on the preparation day of the Passover. What should they have been doing? Getting ready for that religious festival…instead they find themselves in the presence of Pilate then Herod and then Pilate again.

Is it strange to you the men they are talking to? Should be – the Jews hated Herod and they hated Pilate and yet here they are trying to broker a deal with the men they wanted their Messiah to eliminate.

Pilate knows that this whole legal proceeding is a sham – he knows the Jews are trying to use him to kill an innocent man. He asks them shall I crucify your king. Out of their mouths even more shocking – we have no king but Caesar.

As if these dealings weren’t shocking enough – the Jews say the phrase we meditate on tonight. Pilate says he’s innocent – Pilate says I’ll give you Barabbas instead…they say nope TAKE HIM AWAY. People who knew the 5th commandment people who knew God’s promised messiah…look him in the eyes though he did nothing and say take him away.
Jesus came to save them – came to love them – he healed them rescued them from sin – and they said we don’t want Jesus take him away.

Unbelievable right? You and I would NEVER say anything like that. Jesus comes to St. Peter’s in the Word and we are happy to say I love you Jesus come into my heart and stay here.
What if I told you that you say take him away more often than you think? 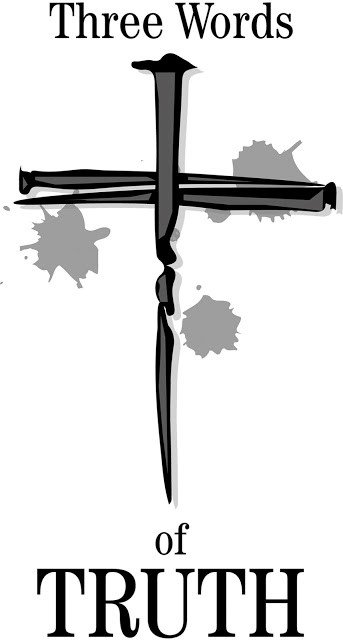 Jesus gives a pastor to look out for us and to call on us when we are sick and hurting in his stead. To bring us the Word Law and Gospel when we need it. We say Take him away when we don’t want his representatives and say stop annoying me with your calls.
Jesus comes to us in word and sacrament – the hymns we sing say take the world but give me Jesus. And we say Jesus 1 week out of four I want you but the other three weeks Take Jesus away from me give me sports.
Every time we make a decision in our lives that is against God’s commands we are churched people – like the Jews – saying Jesus I know what you said I should do…but I don’t want to so take your rules take your law take yourself away from me.
In honesty friends there isn’t any of us that on our own can say Jesus I want you. All we are capable of saying is this shocking phrase take him away – our sins meant that we stood there with them and sentenced him.
But look at what happens next
“Carrying his own cross, he went out to the place of the Skull”

Jesus followed up their unbelievable hurt filled words and ours…with quiet submission to do exactly what we asked. Take him away turned into ok I’ll let that happen – I’ll take their sins away. Your forgiveness does not depend on you inviting Jesus into your heart – it doesn’t depend on you being perfectly zealous for him all the time. It doesn’t depend on you at all.
Forgiveness comes from the one who willingly let himself be lead to a cross. He took your sins and nailed them to that cross. Take him away – praise God that’s exactly what happened.

You know as I read these three words I couldn’t help but remember some different words of an overzealous disciple. Peter said that he would want to die for Jesus. Of course he wasn’t there when it happened and he let Jesus be taken away. Jesus forgave him – Jesus forgave you and me.

What was once a brazen request for Peter that he couldn’t do – because of the forgiveness of Jesus now becomes reality. Now we hear the words that were said to Jesus take him away. And it makes us in thanks ready to have those same words said to us.